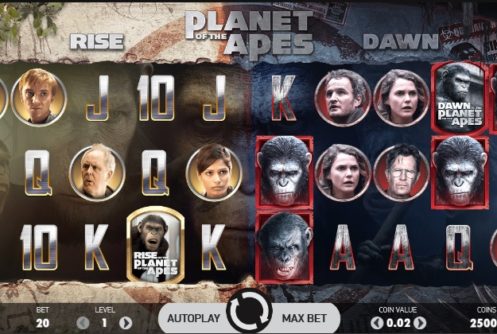 Net Entertainment have produced movie-themed slot machine games before, though few of them compare to the level of originality one can find in their Planet of the Apes slot.

Being based on the Hollywood franchise and officially licensed by 20th Century Fox allows the developers to include your favourite characters as well as footage from the films.

NetEnt have opted for a cleaner, crisper and sharper looking wagering menu than we’ve seen in their previous slots.

The black and grey interface not only fits the style and design of the game, it also allows players to alter their coin values and the number of coins they wish to stake per line. Structurally, this slot is wholly unique.

Scatter symbols: Two Planet of the Apes logos also appear in this game as scatters. As well as dishing out scattered wins, these symbols will trigger a free spin bonus when 3 or more appear on the reels. Landing these scatters on singular reels could trigger either Rise or Dawn bonuses, as explained below.

Dual feature: It is possible that this feature can be triggered randomly at the start of any spin. If it is, one symbol will be selected from each set of reels. If the symbol lands on its own reel set, it will become sticky. If it lands on the other reel set, it will transfer over to the correct reel set.

Rise Bonus: Hitting Rise scatters on the first reel will trigger a Rise Bonus. Cash prizes are paid out for every human and ape symbol which appears on the Rise reels.

Dawn Bonus: Triggered by landing the Dawn scatter on the tenth reel (the last reel on the Dawn reel set) this bonus turns ape and human symbols into the same symbol, but only on the Dawn reels.

Free spin bonuses: Three Rise scatters appearing on the Rise reel set will trigger the Rise Free Spins bonus round. Here, players pocket a total of 10 free spins, with all wilds collected and redistributed on the final spin.

Scatters are the best-paying symbols in this game. Landing 5 of the Rise or Dawn scatters (not a combination of the two) will result in a non-progressive prize worth 1,000 coins being paid out to the player. By contrast, the wilds and Caesar icons can deliver impressive 600-coin wins.

Planet of the Apes is a masterclass of what a casino software developer can achieve when they put time and effort into a slot.

The original gaming structure can be found nowhere else in the slot world (at this moment in time), and even if you aren’t a fan of the Hollywood film franchise, there is more than enough action here to lure any player in. 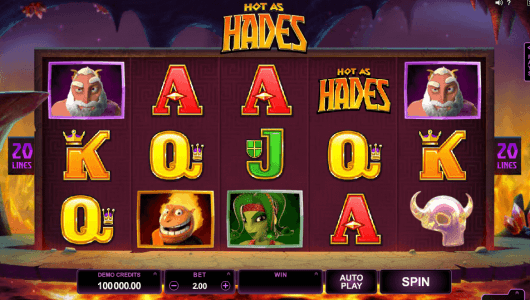 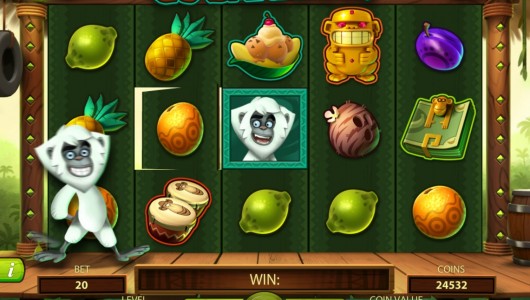 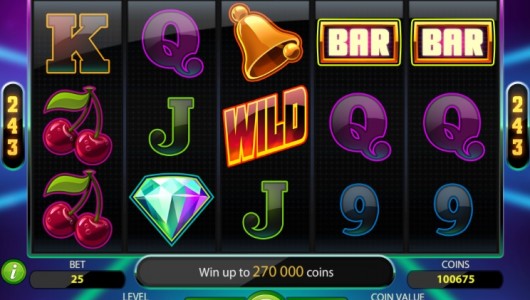