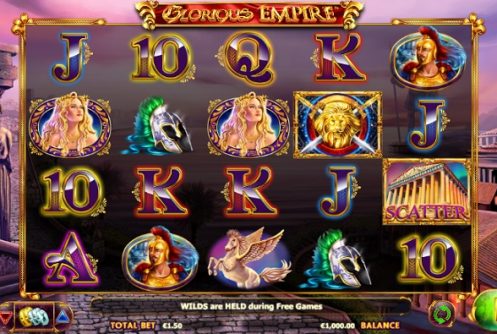 Glorious Empire is not your usual run-of-the-mill historical or culture themed slot. As a matter of fact, this is a slot machine which isn’t really based on any historically civilisation or culture at all.

Instead, it borrows heavily from Ancient Greece, the Roman Empire, and even a touch of Ancient Egypt to create a well-rounded, fantasy themed slot machine game. Glorious Empire has been designed and developed by NextGen Gaming.

Admittedly, it isn’t the freshest or best-looking video slot we’ve ever seen, but you can certainly see what NextGen was going for, and the idea in and of itself is certainly creative and original.

In virtually all ways, this new slot plays as your typical slot from this developer, with very surprises left hidden from view. If you’re a big fan of games from NextGen Gaming, though, this will play directly into your hands.

Glorious Empire contains the typical, predictable wagering menu we’ve come to know (and in some cases love) from NextGen Gaming. Players can use the coin value buttons in the bottom left-hand side of the screen to alter their coin values from $0.01 up to $10.00 in all.

NextGen Gaming slot veterans will concur that this is considerably more than we’ve normally seen from this developer, so here’s to hoping they can deliver in their features to make such a stake worth it because 50 lines just aren’t going to be enough to justify the high stake.

Wild symbols: The golden lion shield (with the swords) is the wild symbol in this game. Wilds can naturally substitute for all other symbols in this slot, except for the scatter icons. When they appear on the reels, they can also offer you decent wins worth as much as 400 coins.

Scatter symbols: Players are going to want to land as many of the temple icons on the reels as they can. These are scatter symbols, and when 3 or more appear anywhere on the reels, players will trigger a free games feature. Scatters are also the best icons in the slot.

Free spin bonus: Players will begin the free spins bonus round with 7, 10, or 15 free games. The amount you get depends on whether you start the bonus with 3, 4 or 5 scatter symbols. During the bonus round, all wild symbols will be held into place for the duration of the bonus round. This means sticky wilds, and they contribute to big wins.

Scatters are the best-paying symbols in the slot as we’ve said. Ideally, you are going to want to land as many of these on the reels as you can, and not just for the free spins they bring. Scatters can see you win as much as 4,000 coins if you can land 5 such symbols in any positions on the screen during a single spin.

Glorious Empire is a good slot to play, we’re just not sure if it is $0.50 per spin good. Whilst we won’t begrudge NextGen Gaming the right to charge players at least that per spin since there are 50 lines, we can find 1,024-payline slots that offer better features for less cash per spin.

As we’ve said, Glorious Empire has a theme that won’t appeal to everyone, but history buffs, fantasy lovers, and big fans of NextGen Gaming slots should be taken with the online slot. 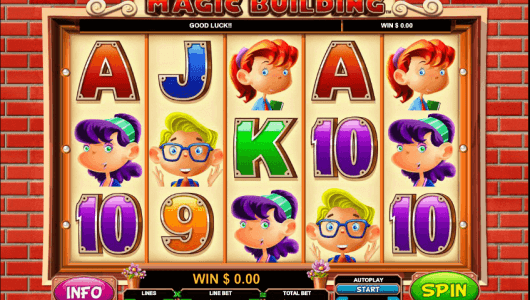 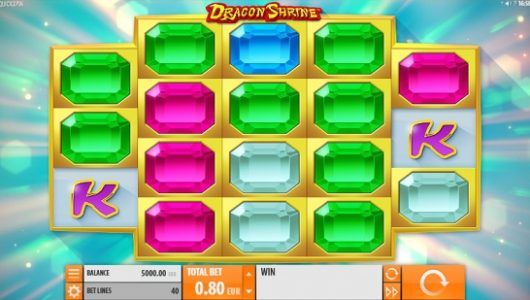 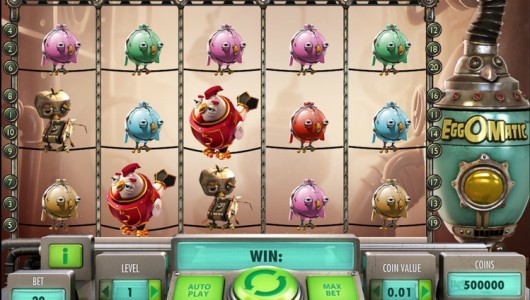