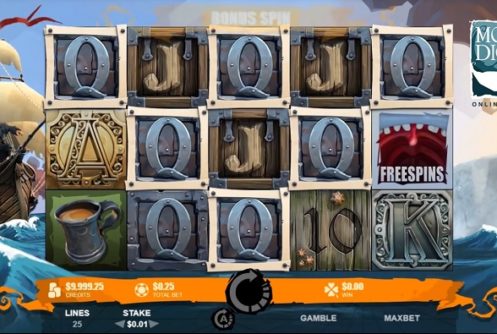 If you’re looking for a whale of a game, Rabcat and Microgaming’s Moby Dick slot machine might just be the ticket. Moby Dick has been released on Microgaming’s Quickfire platform, but make no mistake about it; this is a Rabcat developed title.

Moby Dick is, of course, based on the Herman Melville novel of the same name, which told the tale of Ahab’s hunt for an imaginary white whale. The slot machine was one of the most anticipated games of modern times, but has the slot machine lived up to its hype? We put Moby Dick to the test, to see if Rabcat’s newest slot machine sinks or swims against other leading online slot machine games.

To get the ball rolling, let’s look at the payline structure of this slot machine game. Moby Dick features 25 paylines spread over 5 reels and that in and of itself is rather standard for any video slot.

This game will not permit players to alter paylines, although they can adjust their total bets. Players can expect to be able to wager anything from a floor of 25c per spin, up to a ceiling of just $50 per spin on this game. At least Moby Dick is a cheap slot to play, all things considered.

Wild symbols: Players will note that the ship’s wheel appears as a wild symbol in Moby Dick. This icon can substitute for any other symbols in the game, although it cannot replace scatter symbols. Again, there is nothing inherently new in that.

Re-spin bonus: Players are going to be able to trigger a re-spin bonus in this slot machine game. This occurs whenever a win is acquired on the reels of the game. Once a win has been acquired, a re-spin will be issued with all winning symbols remaining locked into place on the reels for that spin. Players can add to those winning combinations, and if they do so, the re-spins will keep on coming.

Free spins bonus: Moby Dick isn’t short of a free spins bonus, either. You have to love it when a slot machine contains both a free spins bonus and a re-spins bonus. Scatters can appear stacked in this slot, so you can land far more than you would ordinarily do in a typical slot. Moby Dick’s free spins bonus promises either 10, 12, 15 or 20 free games when 4, 5, or 7 scatters land on the reels. Extra wilds can boost your wins on the central reel during this free spin bonus round, and the feature can also be retriggered by landing more scatters whilst it is in play.

Players hoping to land a big jackpot win will need to land 5 of the Moby Dick white whale symbols on any payline in the game. This can see players pocket a jackpot worth around 200x their total bet. Alternatively, players can land 5 wilds on a payline to pocket the same cash prize. Okay, it is not exactly an epic jackpot win, but winning 200x your total bet is not to be sniffed at in a game which dishes out wins rather frequently.

Moby Dick is certainly going to lure in players. Not necessarily because of its gameplay, but because of its title. This is a slot machine based on a legendary book that most of us have read. It is an instant allure. However, from a gameplay perspective, Moby Dick is not exactly overly special, and players will begin to notice that when they start spinning the reels of this slot. 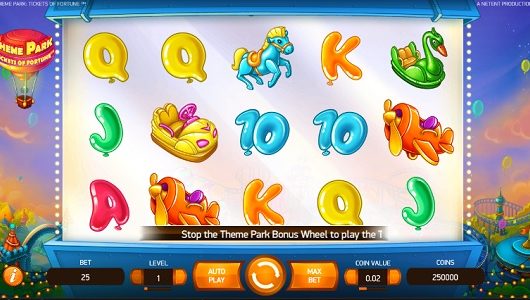 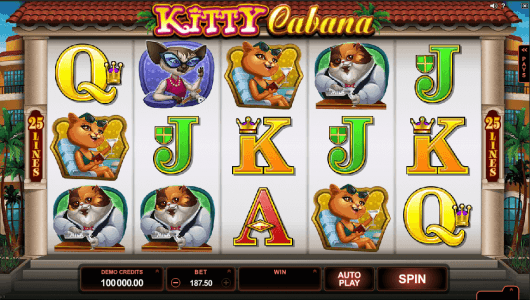