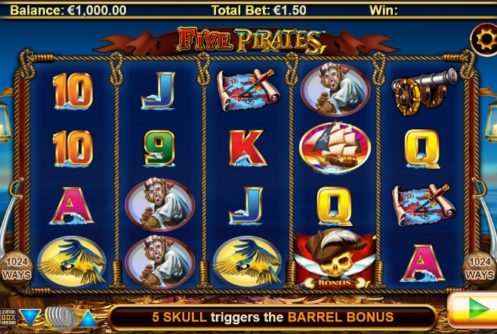 One of the first things that is going to stand out to players who encounter Lightning Box Games’ Five Pirates slot is the surplus of paylines.

Thematically the slot is kind of dull, with the same generic looking images and high-playing card icons on its reels as we’ve seen time and time again. However, the inclusion of over 1,000 lines may just make this pirate-themed slot well worth a punt.

Like many newer games from this developer, the slot has been shaped to be most appealing to mobile casino players, with its big and bold buttons. However, there is nothing about the slot which is unplayable for computer-based instant play users, either.

As we’ve said, the menu setup is primed for players on mobile devices. This doesn’t mean that you can’t quickly click your way through the wagering menu bars, instead of tapping them, though.

With 1,024 paylines present on its 5 reels, Five Pirates was never going to allow players too much room to manoeuvre in terms of wagers, but you can still get away with bets that cost as little as $0.50 per spin in this game, based on a $0.01 coin value. Setting your coin value to $7 boosts your wager up to a costly $350 a spin, though.

Wild symbols: All the best slots contain wilds, and this one is no different. The shaggy-bearded pirate appears as a wild in this game and can replace all other symbols save for skull and crossbones symbols. The bad news? He only appears on the second and fourth reels of the game.

Scatter symbols: Skull and crossbones scatters can deliver more than decent wins in this game. In fact, up to 2,000 coins can be won by landing 5 anywhere on the screen. You’re going to want at least 3 of them, though, since this will trigger a Hold N Spin Bonus.

Hold N Spin Bonus: When this feature is triggered, all scatters will be “locked in”. They will transform to treasure maps, which cover the entire reel. Players will then get the chance to re-spin the remaining reels a total of 3 times.

The idea is that you are trying to “lock” all 5 reels. Successfully landing scatters on the remaining reels will lock them all, triggering the Barrel Bonus in this game. You can also land the Barrel Bonus by landing 5 scatters outright in the base game. No small feat, right?

Barrel Bonus: Triggering the Barrel Bonus in Five Pirates is nothing short of a nightmare. If you can get this far, though, you’ve got a good shot at landing rich winnings. Players will get to select 1 barrel from those displayed on the screen. Landing an X will see players win a prize (free spins and multipliers) and the bonus ends, followed immediately by the free spin feature.

Landing an arrow moves them up the next level of the bonus, where the prizes are richer. The further up the levels you go, the better the prizes get. In all, you can win as many as 15 free games and 15x multipliers on winnings with those spins via the prizes.

Scatters are miles better than any other icons in this slot. Compared to the 2,000-coin non-progressive prize you can win with scatters, the next best-paying symbols are the ships, and they are worth a pithily 500-coin prize, only a quarter of what the scatters can deliver.

Five Pirates is a mixed bag in terms of what it offers. Graphically, it’s a bit of a bust. From a payline perspective, the slot is suddenly decent.

Then, when we discuss the special features, it’s a bit of a bust again. Nobody is going to like having to go through 2 bonus rounds to “potentially” win free spins. Not when there are slots out there which hand them out with ease.

There are things to like and things to hate about this Lightning Box Games’ developed slot. At the end of the day, whether this slot sinks or marks the spot is all down to personal preferences. For us, it sinks right to the bottom of Davy Jones’ Locker. 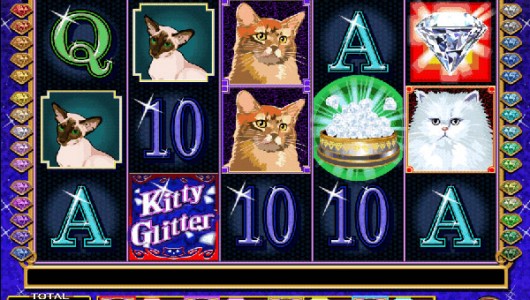 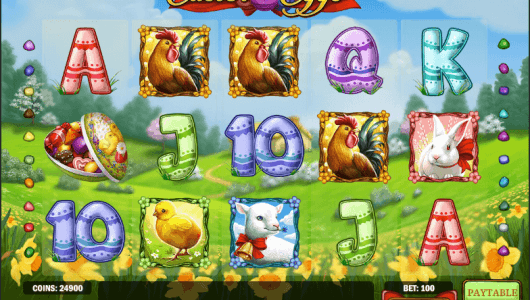 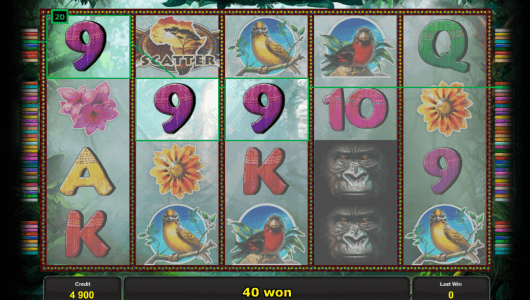