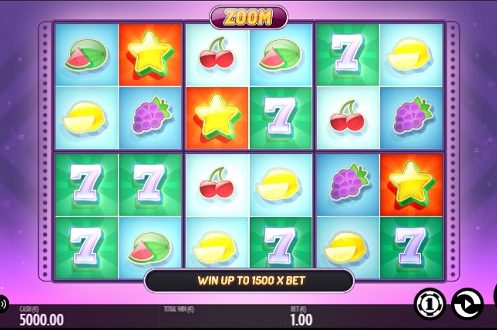 Zoom, Thunderkick’s latest development will blow you away from the very start, as you’ll find what seems to be a classic and old fashioned slots game, but actually has some nice tweaks and twists that make it an instant success.

This game features a classic theme that includes bells, bars, sevens and cherries, the most common icons and symbols that you can think about when someone talks about slots machines, but with a pretty nice and modern design that gives this game a very renewed and fresh look.

Thunderkick is a relatively young gaming company established in Sweden just a few years ago, founded by some harsh veteran game developers who had been in the

market for years. This company is exclusively focused on the online market, ignoring the land based brick and mortar casino world.

Thunderkick started with flash-based games, but the constant innovation and the need to be mobile friendly made them move to HTML5, a process that kept them from releasing new titles for a while but made them suitable for players on the go, which is a must nowadays.

Every time you see Thunderkick’s logo in a slots machine, you know you’re about to be blown away with stunning graphics, sounds and visual effects, as they use the best technology to develop all their titles, and the fact that they don’t have many titles in their portfolio is a proof that they put a lot of thought and work to every single one of their slots games.

Thunderkick is currently working from both Malta and Sweden, and they’re certified by the Malta Gambling Authority, so even if they haven’t been in the game for a lot of time, you know you’re money isn’t going to the wrong hands, as they’ve earned much credibility in very little time, becoming one of the most steady and reliable software providers.

When it comes to design and layout, Zoom seems pretty standard, featuring 6 reels, 4 rows and as much as 64 different ways to win, with a very intuitive gaming panel. If you want to win, you’ll need to get at least 3 equal symbols from left to right, getting paid according to the value of those symbols.

As we mentioned previously, every single one of Thunderkick’s titles can be played on the go due to their HTML5 development, as long as you’re device features a 16:3 resolution.

This game includes a pair of nice features that turn it into an instant classic, providing a lot of excitement at what seems to be an old fashioned boring slots game at first sight.

For instance, every time you see a Scatter symbol anywhere among the reels, you’ll see the last 4 reels collide and become a giant reel, while a single giant symbol will significantly increase your chances of winning.

Besides, this feature also rewards you with 6 free spins, so you can make a huge profit out of this giant single reel without having to risk any of your real cash, and it’s always nice to play with the house’s money.

Even if this feature isn’t exactly original, who cares? it gets super entertaining and potentially lucrative, so we’ll take this special feature every time we have the chance to do so.

This slots game can actually be extremely lucrative, as you can see with its maximum reported payout, which is a s high as 1500 times your original stake, one of the most generous payouts you’ll find among most slots machines.

Besides, the special feature gets triggered pretty easily, with 6 to 1 odds to activate it. This provides you with tons of opportunities to make a big earning with Zoom, on top of the smaller wins that can make you rich in a blink of an eye.

We definitely encourage you to try and play this game, as Zoom provides hours of entertainment along with the chance to make some big buck with it’s highly generous payouts.

Even if it lacks original features, Thunderkick’s Zoom is one for the ages, totally renovating the old fashioned look of the classic themed slots games, with a renewed design and some awesome visual effects. 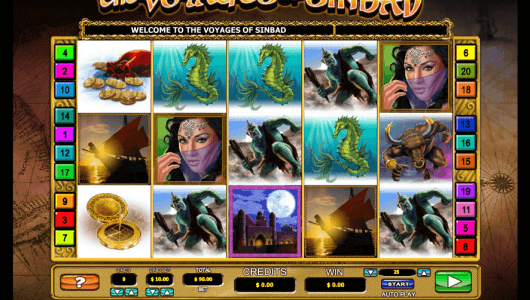 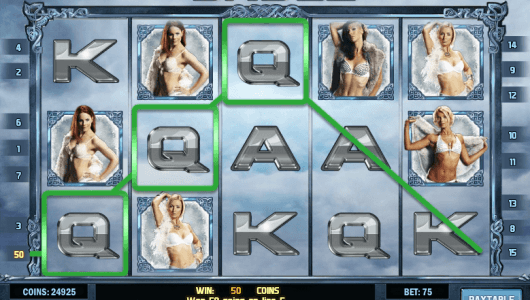 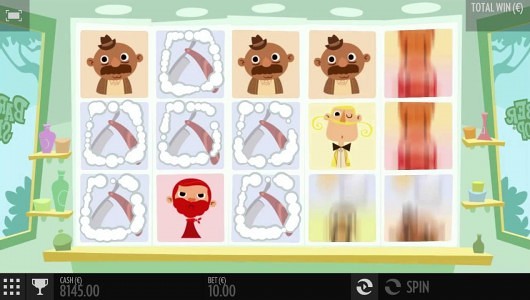