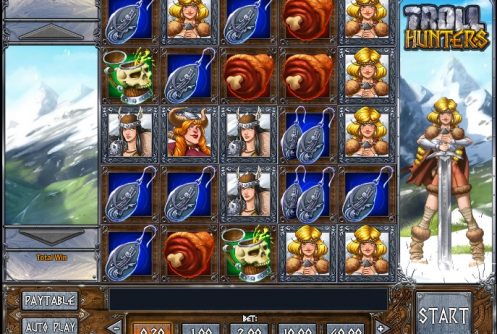 This cartoony style video slot has been designed and developed by Play ‘n Go. There is decided Scandinavian look and feel to the slot, which is part Viking, part mystical, part legendary in theme. Of course, being cartoony, players aren’t going to take the graphics in this game too seriously.

In fact, that non-seriousness nature of this slot is present throughout. The wagers in the game aren’t too severe, and there is nothing terribly serious about the petite cash prize that players can snap up when playing the Troll Hunter slot machine.

Play ‘n Go have created a simple but likeable video slot, and one which they think will take on their rivals’ similarly themed epic slots. We’re not so sure, though. At the end of the day, Troll Hunters might just be too cartoony to be taken as a serious threat to the other slots with similar themes.

The wagering menu bar in this slot looks the part and fits in nicely with the style and theme of the slot machine game. We don’t often get to say that about Play ‘n Go themed games.

You will find that you can use the wagering menu to select wagers which range from $0.20 per spin, up to $40 per spin. None of this slot’s 5 reels and 20 paylines can be altered by the player, so what you see if pretty much what you get.

Wild symbols: The golden pyramid looking emblem is a wild symbol in this slot. You can use this symbols to replace all other symbols in the slot without exception. Players may also wish to keep an eye on this symbol since it is the best-paying one in the game by quite some distance.

Bonus round: Players can activate a bonus round in this slot machine, simply by landing the word “BONUS” in one or more columns on the screen. The letter symbols required to do that are present on the various imagery that make up the slot’s symbols. The bonus round itself is a simple free spins feature.

Free spin bonus: During the free spins feature, it is entirely possible for players to land up to 20 additional free games.

They will need to pocket at least 5 or more of the troll icons on the reels whilst the feature is in session. Make no mistake about it, though; although that is mathematically possible, the chances of doing so are slim at best. That’s one of several killjoys concerning the Troll Hunters slot.

If you were to enjoy a particularly successful spell on the Troll Hunters slot machine, you would be looking at walking away with around about 100x your total bet.

This non-progressive jackpot can be pocketed by landing 5 wild symbols on any active payline. During the bonus round, you could also line up 5 of the blonde-haired Viking beauty to bag the same non-progressive cash prize.

Troll Hunters is a decent slot, but it is nothing to make you jump out of your skin. There won’t be hordes of players queuing up to spin the reels of this game, but it may suitable for a quick tickle if you’ve got the time at your favourite Play ‘n Go powered online casino. 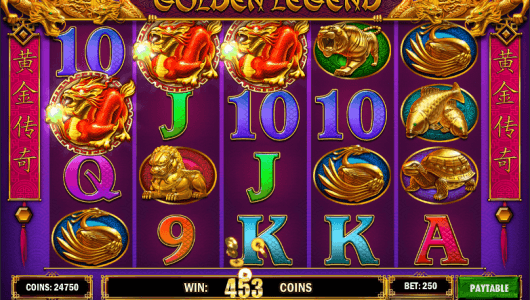 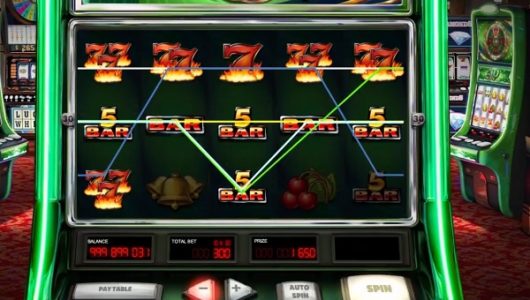 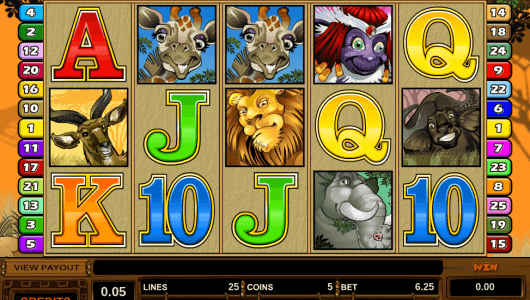