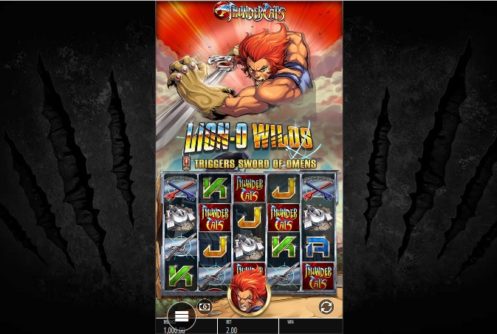 As one of the most popular cartoons of its day, there is every chance that if you were born in the 1980s or, in some cases, the very early 1990s, you may remember Thundercats.

These feline superheroes saved the world time and time again, and now they have debuted in the online casino gaming world for the very first time. Thundercats has been brought to the online casino world by Blueprint Gaming, so it is a rather sizeable fish for this small-scale casino software developer to catch.

The release of the Thundercats slot will certainly boost the profile of Blueprint Gaming, and we can envisage a big crowd turning up to spin the reels of the legendary cartoon’s slot machine.

Blueprint Gaming have been as authentic as possible with the imagery which appears in the Thundercats slot. They have been even more inventive with the special features.

Even if they hadn’t, none of that would matter because the theme is so appealing. The Thundercats video slot offers up 5 reels and 30 lines of action, with players able to bet anything from 40p per spin, right up to £500 per spin in total.

Wild symbols: If you remember the cartoon, then you will certainly remember Tygra. He acts as a wild symbol in this slot machine, and as a wild, he can replace all other symbols in the slot except for the Thunder Reel scatter icon.

Scatter symbols: The Thunder Reel bonus icon appears as the Thundercats logo. This symbol can appear on all 5 reels, but you only need to land it on 3 of them to trigger the bonus activating feature, known as the Thunder Wheel.

The Mumm-Ra free game feature promises 10 spins with all wilds accumulated and then redistributed on a final, Ever Living Spin at the end. The Ultimate Thunder Spins bonus is the best in the game, as it offers 5 spins on an enlarged screen featuring eight rows of symbols, with stacked wild reels on the first, third and fifth reels.

Modifier bonuses: There are also modifier bonuses in this game, triggered when players land special character icons on the fifth reel. These include Lion-O’s expanding and random wilds on the third reel, Tygra’s expanding and matching wilds, and Cheetara’s special first wild reel and expanding wilds. Panthro also dishes out a duplicate reel feature, whilst the Wily Cat bonus offers two stacked wilds on any reels, with 2x multipliers added to your wins.

Randomly triggered features: Snarf can appear randomly during the game, and when he does he can enhance win/modifiers, whilst a Thunder Reels feature can see any reel height adjusted (like in the Ultimate Thunder Spins bonus) which promises further wins galore.

There is an RTP (return to player) rate of 95.50% in the Thundercats slot, which isn’t bad going at all. Players will find that they can win as much as 400x their total bet in this slot, which is a reasonable non-progressive prize, given the wagering range and frequency of wins.

Thundercats has the lot. With 5 character-based bonus boosts and 5 free spin bonuses, not to mention two randomly triggered features, a decent non-progressive jackpot and enhanced reels, there is absolutely nothing to hate about this game. More to the point, the theme rocks, too, especially if you were a fan of that 80s hit series. 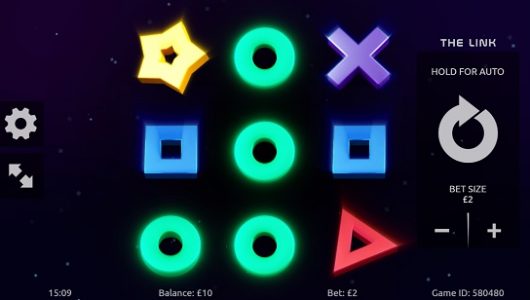 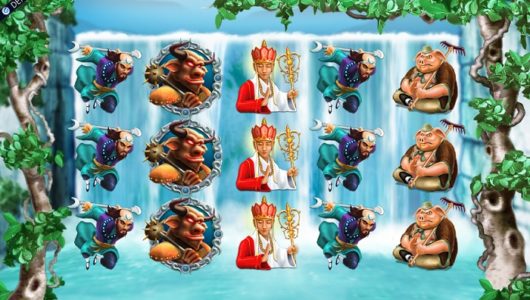 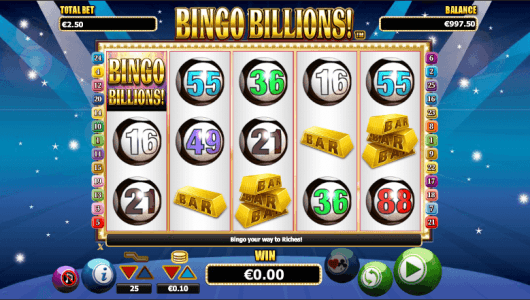