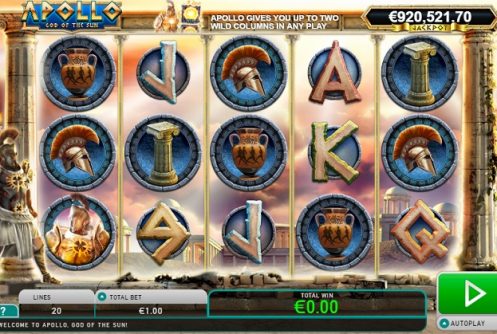 Apollo God of the Sun is an online video slot brought to all the customers by Leander Games. It is inspired in the ancient Greek, with powerful Spartans and Trojans defending their thrones in the ultimate Greek epic battle.

The live background featured in and transparent reels make players feel they are walking through those ancient buildings while they have the pleasure to look at that beautiful purple and orange sky with clouds carried by the wind.

This online slot machine has brought to your screen those epic times where all you could see was armors, battles and shields everywhere.

Odysseus would be glad to play this game after the long adventure he had!

Steve Matsell has a large history working with gaming industries and gaming works since 2005. He founded Leander Games in 2008 and he is today the CEO of the company, lengthwise with Ramiro Atucha and Marcelo Blanco who have supported and sponsored Leander Games as well.

This developer has high ranks in the gaming industry. Supporting 27 languages and 4217 currencies they provide real money betting on their game platforms for virtually everyone.

Having won the Social Gaming Supplier of the Year Award in 2013, Leander has taken over the social networking and having it evolve through gaming.

Featuring the common 20 paylines and 5 reel style gaming, Apollo God of the Sun comes in with intense action throughout the spinning dynamic, with ancient Greek writing to be featured on the reels with some nice artistic artworks to glare with extreme emotion.

On some turns, the game will slide towards another section. Once there, the gambler can pick multiple axes and arrows and some extra battle items. Each pick and match represents more of a higher money payout.

In our opinion the game is right on top of innovation. It has a multi-layered; multiple dynamic setting that will appeal most gamblers, truly sparking up the crowd while they play it.

This video-slot provides the player with a thrilling yet thriving emotion given its high volatility. This is not a basic, easygoing game like we are mostly used to. Because of this unattainability of wins and payouts, Apollo God of the Sun might get a little boring.

First of all, you can find that charming guard standing on the left of the reels who has the power of giving you some Wild columns –in a Stacked Wild manner– at any random spin. You have to keep an eye on him because he usually moves when he is about to surprise you.

In this game, customers can find other Wilds as well. The Wild symbol is represented by the sun, and just like any other Wild symbol in any other game, it can lead you to get winning combinations and it will replace all symbols except for the Bonus one.

In addition, the Alexandria symbol will function as a Scatter and in order to trigger the set of special features given by it, you need to land three or more on the reels simultaneously.

Finally but not less important, players will be happy to get the Eternal Flame Free Spins; by getting three free spin symbols, players will get seven free spins!

In Apollo God of the Sun, the value of the coins range from 0.20 to 200. At the top of the game, a progress jackpot bar will be displayed. The advancement of the game will sum up the total jackpot.

There have been jackpots around $/€150,000 won by players in different countries. Given the fact that it is a progressive jackpot, you should take into account that the final number might be considerably higher than this.

Compared to other slot machines in the casino industry, Apollo God of the Sun stands out in multiple ways with its original roman design, amazing gameplay and animations which really spark the feel of the roman gods.

Winning is not too easy given the high volatility, so you shouldn’t be expecting easy wins when it comes to gambling in this video-slot.

However, this is overall a very entertaining and fun game that will give you a thrilling experience to look forward to. And, of course, if you’re lucky enough to reach the juicy jackpot, you will walk out with a fat wallet and a victorious feeling. 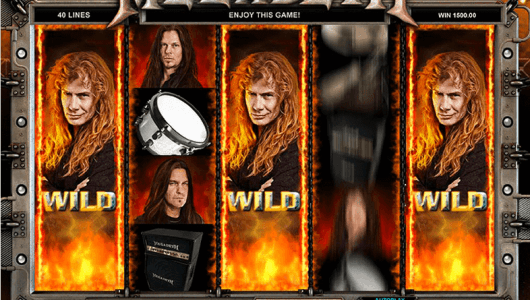 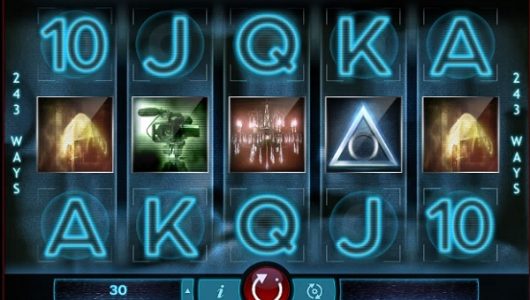 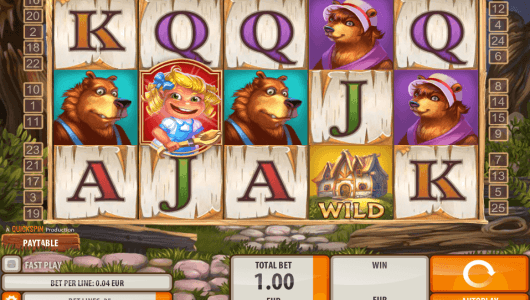